There is a support group for everyone . . . 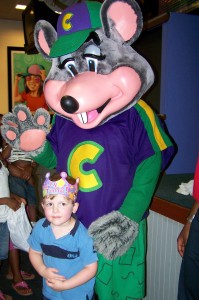 . . . but for parents who are too cheap to throw their kids a decent birthday party? Gimme a break!

Yes, Dear Readers, a group of parents have formed “Birthdays Without Pressure” because they think children’s birthday parties are getting out of control. I guess if you can’t keep up with the Jones you make them feel like bad parents!

I happen to be one of those bard parents who enjoy throwing my kids a fun, interesting birthday party. We have jumped for joy at Pump It Up!, pet a python at the Safari Place, had a pirate hunt for treasure, made green eggs and ham for a Dr. Seuss party, had a magician with rabbit, and a mad scientist in my home showing kids how to make their own slime, as well as two parties at ExploraWorld.

But do I look down my nose at the parents’ who throw simpler parties? Of course not. You do what you can/want to do. I had a nurse tell me when I was in the hospital after giving birth to #1 son, “it doesn’t matter what everyone else thinks, as long as you know you did your best, at the end of the day that’s all that matters.” Of course, it was two o’clock in the morning when she delivered that advice.  We were both staring at my bared breast, frustrated as to why #1 Son wouldn’t latch on.  She was trying to tell me I that wouldn’t be a bad mother for giving up breastfeeding . . . but I digress . . . The point is, as parents we do what feels right for us.

So to the parents who formed Birthdays Without Pressure, I say, “Just because you didn’t get the clown you so desperately wanted on your ninth birthday, or your parents didn’t rent out the Disco-Skate-O-Rama on your thirteen birthday, don’t take it out on everyone else!” 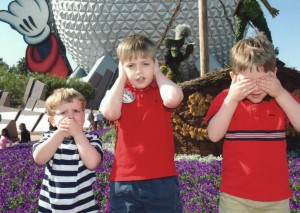 . . . never planned a trip to the Happiest Place on Earth (Disney World) for five people! So far, it’s cost us: